Chromium carbides form in stainless steels along either side of a weld. These carbides form where the metal is in the temperature range of approximately 1100 – 1500 F. Since the weld pool is well above this temperature and the base metal is below it, there is always some part of the welded part which was in that temperature range. The quantity of carbides which form depends on several factors, including the time within the critical temperature range, and the concentrations of carbon and chromium. Since stainless steels, by definition, contain high levels of chromium, the level of chromium is not a controllable factor.

Chromium carbides are objectionable because the chromium which is combined with the carbon is no longer available to provide corrosion resistance. The result is “knife-line” attack along the welds. For through-wall welds, the attack can penetrate the wall. Note that “knife-line” attack is a specialized form of intergranular corrosion, which occurs in Stainless steels which have not been properly heat treated (including after welding). Intergranular corrosion is of greater concern in some corrosive media than in others.

Carbide precipitation, and the resulting susceptibility to corrosive attack, may be avoided by using one or more of the following:

Note that ASTM A744 allows welding without post-weld heat treatment if the wetted surface does not exceed 800 F. This recognizes methods 5 and 6 above.

Additional points which should be mentioned include: 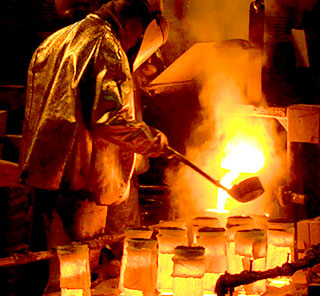